If a tree falls in the forest, does it make a sound?

If a blogger spends two consecutive evenings drafting thoughtful, well constructed content but posts nothing, does it count for anything?

PS: Happy Anniversary, Will & Kate. I love you. 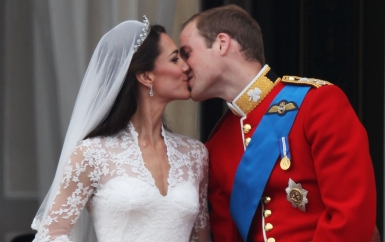 Two weeks into 2013 and my once again my Wednesday blogging happens on Thursday. Thursday is SO the new Wednesday, y’all. This week’s excuse: yesterday, on a rare day when I actually was in a productive mood, our company was hit by a building wide network failure rendering us completely unable to access the internet, Outlook or internal shared drives. It was, in a word: frustrating. But also, in another word:  kind of the best. Ok that’s three words. But hear me out.

Yesterday’s web disaster was one of those great situations where you really feel like there is a god and s/he’s definitely on your side.

I’m not yet making sense. Here’s what I mean! I once saw someone tweet – ugh, yes we are in a place in our modern society where it is totally ok for sentences to begin “I once saw someone tweet” – but anyway, someone on twitter, I do believe it was Mindy Kaling who is someone we should discuss here at a later date, made a joke, a twitter joke, get to the point Liz, about the great moment when you order a side salad to be good, but the waiter messes up and brings you fries instead and you’re just like “oh well, love handles, I tried!” and dig in. Because let’s be real: no one actually prefers a side salad over fries. You may do it because you think you should make the healthy choice or you want other people to think you have willpower or a little bit of both but at the end of the day, you just want some goddamn French fries in your face. Now.

And that is why these little situations are so perfect. You actively make the “right” choice and some outside force, be it a flaky waiter or an internet server thingermabobber or your own forgetfulness, overrules you and gives you what you really want. It’s like god’s way of saying, you know, I hear you! I see that you are trying to be a good, salad eating kind of person and now I will reward you with some guilt-free fries because I think you are great and you need a break.

Ok, I don’t actually think I see god in a plate of fried potatoes (OR DO I???) but I really do think that sometimes you just need life to let you off the hook. Like:

It is really hard to go through life trying to do the “good” thing all the time. I think we all deserve a little French fry break now and again, don’t you?

How’s that for some Deep Thoughts, ehh?!? You’re welcome, world. Now I really want fries for lunch…but I packed a healthy quinoa soup.

So, Are you there, God? It’s me, Liz Ho. I know you did me a real solid yesterday when you crashed my work server, but if you wouldn’t mind, I don’t know, blowing up the microwave today while I’m heating my soup or something so that I have to run out and buy some greasy fries, guilt free, gee whiz, I sure would appreciate it.